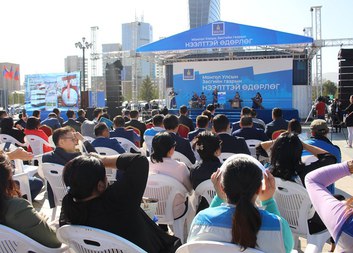 Open day event by the Government of Mongolia

The Government of Mongolia organised an “Open Day” event in which the respective Ministries introduced their project to the public on September 16-27, 2019 on the Sukhbaatar Square. Big investments and developments in Government Action Plan 2016-2020 have been presented with news and information provided to the citizens. It allowed the Government to have direct communication with the citizens by acquiring feedbacks and comments on the ongoing project and activities.

On the 23rd and 24th of September, Ministry of Construction and Urban Development and Ministry of Food Agriculture and Light Industry organized their Open Day event, in which the project team from Caritas Czech Republic in Mongolia and the Mongolian National Recycling Association (MNRA) and presented and introduced their project on the management of construction and demolition waste to the participants. 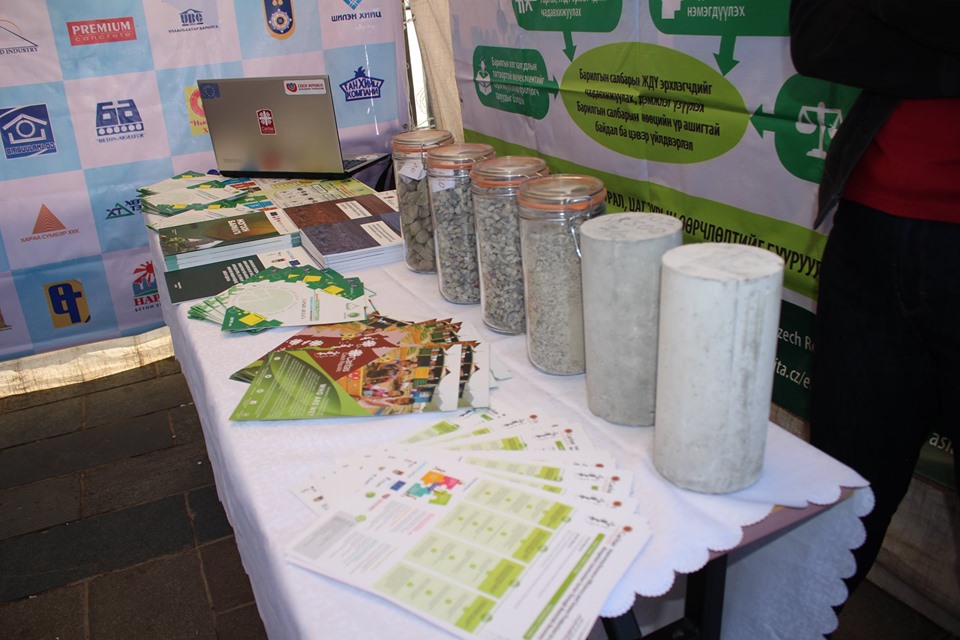 The Open Day event allowed the project team to introduce the results of the project and the newly developed construction and demolition waste (CDW) based product to the public and respective stakeholders who were partaking in the event. During the event, products of the member companies of the MNRA were also showcased with samples and fliers. This helped the public to know about the possibilities of recycling different types of materials. Most of the visitors stated that they have realized the importance of waste separation at the household level so that private companies have more opportunities to produce different types of waste-based products. The feedback from the public and the state organizations’ representatives were very positive. There were some questions regarding the sustainability of the action after the project completion and the project team members took time to discuss and exchanged views on the ways to support it.  Project team gathered information on participants who would like to take part in the upcoming training sessions and seminars on CDW management, which are planned to be organized on December.