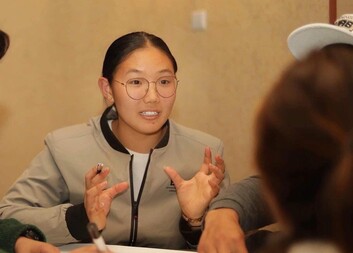 Youth Wave Club: Youth has a power to change

Democracies around the world often fail to effectively engage young people or hear their voices.  Young people can feel that their vote doesn’t have an impact, that the issues they face are illegitimate, or that representatives don’t reflect their values.  The youth of today are the citizens who will live with the positive or negative consequences of political decisions longer than anyone else.

Caritas Czech Republic (CCR) is committed to empowering future leaders to use their voice and be heard under the financial support of the European Union. CCR addresses the issue of underrepresentation with the All for YOUth, YOUth for all project which, in partnership with the Mongolian Youth Council and Center for Citizenship Education, announced a small grant competition to select 6 youth NGOs to deliver youth-led projects. Through the project “Improving standard youth involvement model at khoroo level and finding solution for its problems”, the Youth Wave Club at Youth Control Over Policy was founded to determine the problems young people are trying to overcome at the 18th khoroo of Chingeltei district and develop a framework for raising these issues to local representatives.

The Youth Wave Club began by hosting a two-day webinar in January of 2021 to uncover what issues their peers were passionate about and their ideas for challenging them.  From this webinar, the Youth Advocacy Group was born, an avid team of two men and ten women who committed themselves to improving their communities and their futures.

With the Youth Advocacy Group formed, the team was ready to hit the streets and hear what issues their peers would like addressed by the local government. With innovation at heart and new ideas on the horizon, they used a unique digital mapping tool to collaborate as a team in real time while collecting data in the field. Their initial work was heartening and showed that other young people do understand the governance system and are well aware of the problems in their community. 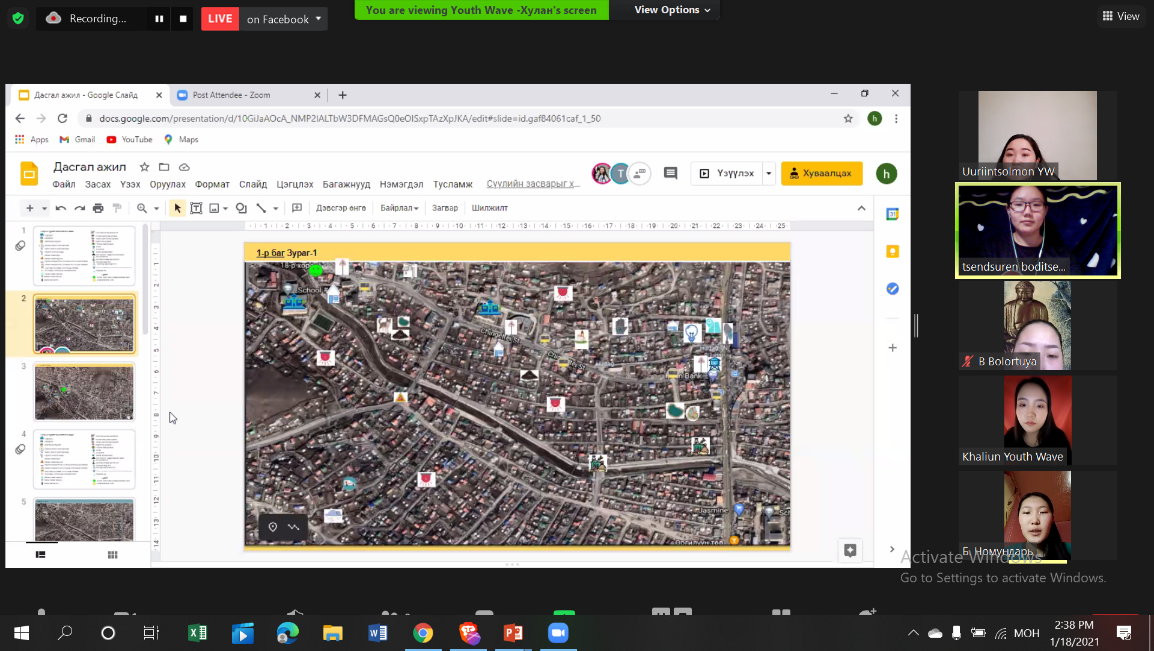 “We realized that we have the opportunity to work with government organizations and influence their decisions. Furthermore, in our society, many people say that young people are inactive and their opinion and ideas are not realistic. But, I saw that it is not true. Young people are willing to raise their voices and engage in political or social issues and they have a potential capacity to handle any social problems on the contrary” said Boditsetseg Tsendsuren, Project Manager of the “Improving standard youth involvement model at khoroo levels and finding a solution for its problems” project.

Once the local issues were identified, the Youth Advocacy Group pivoted to investigating the issues. The team saw that the issues fell into several themes and broke their team into specialized research groups that could take a deep dive on their specific sector. Each research group studied the underlying causes of their selected community nominated issues and reviewed the policy framework enabling the issues to persist.

The research groups reconvened to take action; they were ready to have their voices heard.  The Youth Advocacy Group drafted a proposal to the 18th khoroo Governor’s office requesting the creation of a Children and Youth Council and recommendations for improving their community’s safety and liveability. The Youth Advocacy Group waited for the Governor’s reply, unsure if they would receive one or how their recommendations would be heard.  It had been just three weeks since they came together for the first time, now they wondered if their efforts would bear fruit.

In late March, they receive their reply.  An official letter embossed with Governor B. Nasanbat’s own stamp and his ornate signature adorns the page. Governor B. Nasanbat heard their recommendations and agreed to work with the Youth Advocacy Group to establish the Children and Youth Council.  The letter goes on to say the neighbourhood amenities will be improved to enhance liveability and safety for residents. 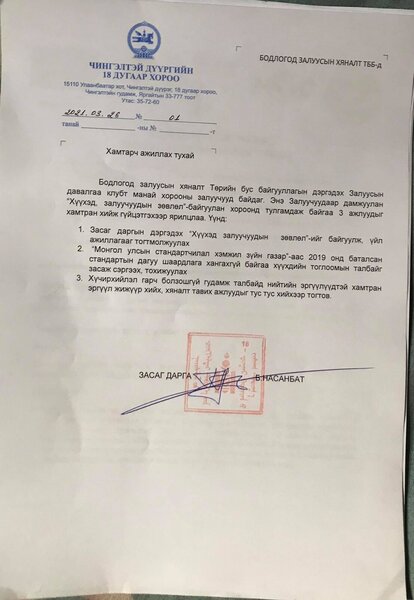 Despite only forming just weeks earlier, the Youth Advocacy Group came together and delivered demonstrable change for their peers and their community in a victory for young people and more broadly the residents of their khoroo. Their achievements came from the unstoppable drive of empowered youth and their faith in their system. They engaged their community, held online webinars, researched policy and legislation issues, and drafted a formal request to the Governor, all during the uncertain times of a pandemic.

Their achievement is one for the whole community, and it began with just 12 motivated young people who would not let the cold of winter or the challenge of a global pandemic stop them from fighting for change.