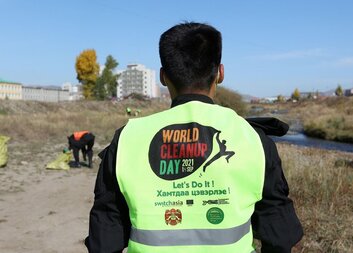 Celebrated every year on 18th September, World Cleanup Day is the world’s largest one-day civic action to engage more than 180 countries to tackle the global waste crisis. This day, however, is not just about cleanups. It's a strong and unique network of doers who share the common vision of living in a waste-free world and believe that together, we can clean up the world from waste.

This year, the EU SWITCH-Asia Sustainable Plastic Recycling in Mongolia (SPRIM) project is also taking action. Caritas Czech Republic (CCR) together with its partners, Ecosoum, the Environment and Security Center of Mongolia, the Mongolian Sustainable Development Bridge and T.G. Masaryk Water Research Institute, will actively engage in activities to clean up litter and mismanaged waste from rivers, forests and streets.

The aim of this year’s activities is to clean the Nalaikh district, one of the nine districts of Ulaanbaatar city. This location is one of the most important target areas of the city due to its unique position on the upper side of the Tuul river basin, fundamental for Ulaanbaatar’s water supply and the combination of various dwellings, including apartment buildings, houses and yurts - the traditional dwelling of nomadic families in Mongolia. Furthermore, the SPRIM team will also raise awareness on sustainable consumption patterns and responsible behaviour by promoting the principles of the 3Rs (Reduce, Reuse, Recycle) in waste management.

In Mongolia, the amount of waste generation is increasing by the year due to rapid population growth and shifting consumer behaviour. Statistics show that the total amount of municipal solid waste generated and collected by transportation entities with permits was 2,244,000 tonnes in 2020 or 1.86 kg per person per day, which shows an increase by 13% since 2019. Currently, most waste goes to insufficiently controlled disposal sites or is released into the environment. Across 329 soums, 21 provincial centers and six sites in Ulaanbaatar city, as of 2020, there are a total of 381 central waste disposal sites covering around 3840.6 hectares of land. Of the municipal solid waste collected, roughly 157,705.24 tonnes (7.03%) were recycled and 112,618.13 (5.02%) tonnes were reused or repurposed in 2020, according to the environmental database of the Ministry of Environment and Tourism of Mongolia (2). Altogether, about 285 thousand tonnes of municipal solid waste was recycled and reused in 2020, which equals to a recycling and reusing rate of only 12.05%, even though more than a half of the municipal solid waste collected are recyclables. 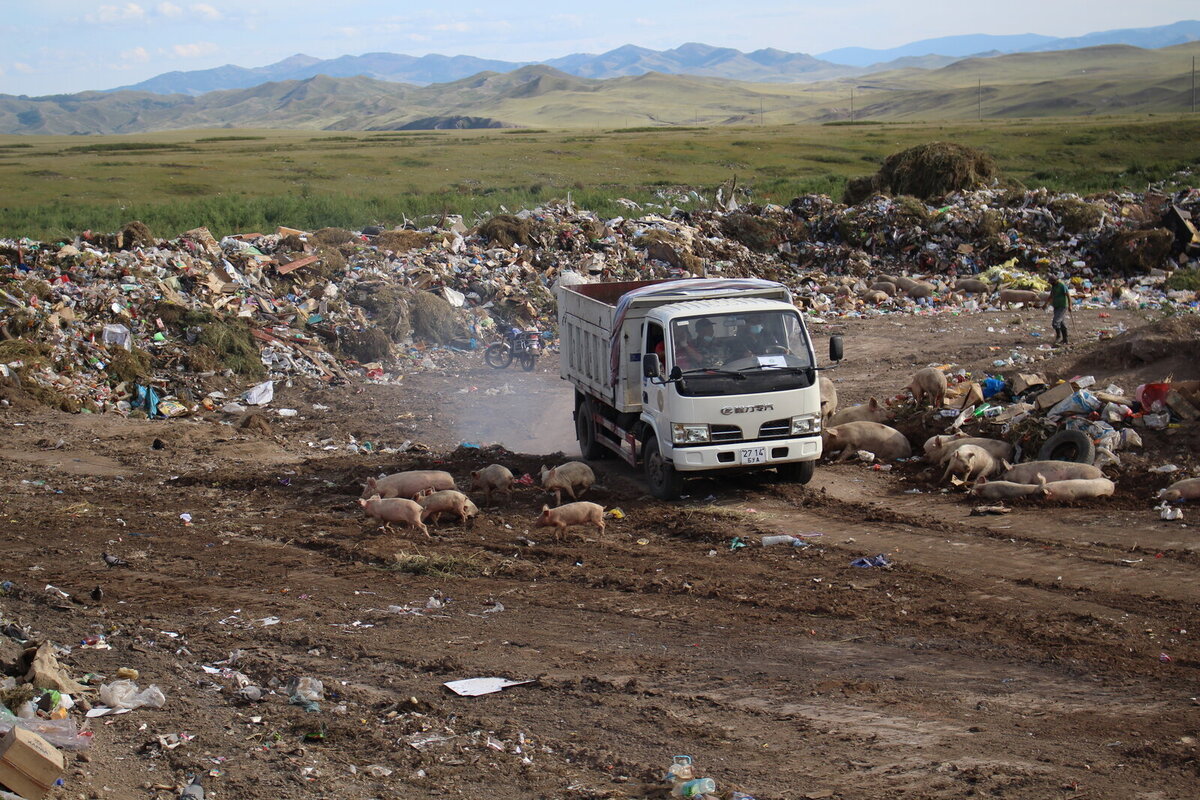 In its Green Development Plan, the Government of Mongolia has set the target to increase the amount of recycled waste to 30% of the total waste by 2030. In June 2018, the Government approved a resolution to prohibit production and/or importation of all kinds of disposable plastic bags thinner than 0.035 mm. The resolution to ban usage and sale of disposable plastic bags came into force in 1 March 2019. In line with this goal, the SWITCH-Asia SPRIM project has started taking actions towards increasing the recycling rate of plastics in three target areas: Ulaanbaatar city, Bulgan aimag and Khishig-Undur soum.

In Khishig-Undur soum, research conducted during the first months of the project’s implementation resulted in the production of an informative baseline study, which led to the design of a waste management scheme  suitable for the soum. Since then, the Ecosoum team and local workers have started building the new waste management facility which will be used for collecting, sorting, reusing and recycling most of Khishig-Undur’s waste. The facility is planned to be in operation before winter, after which, the initial tests and trials with the purchased new recycling machines will begin. 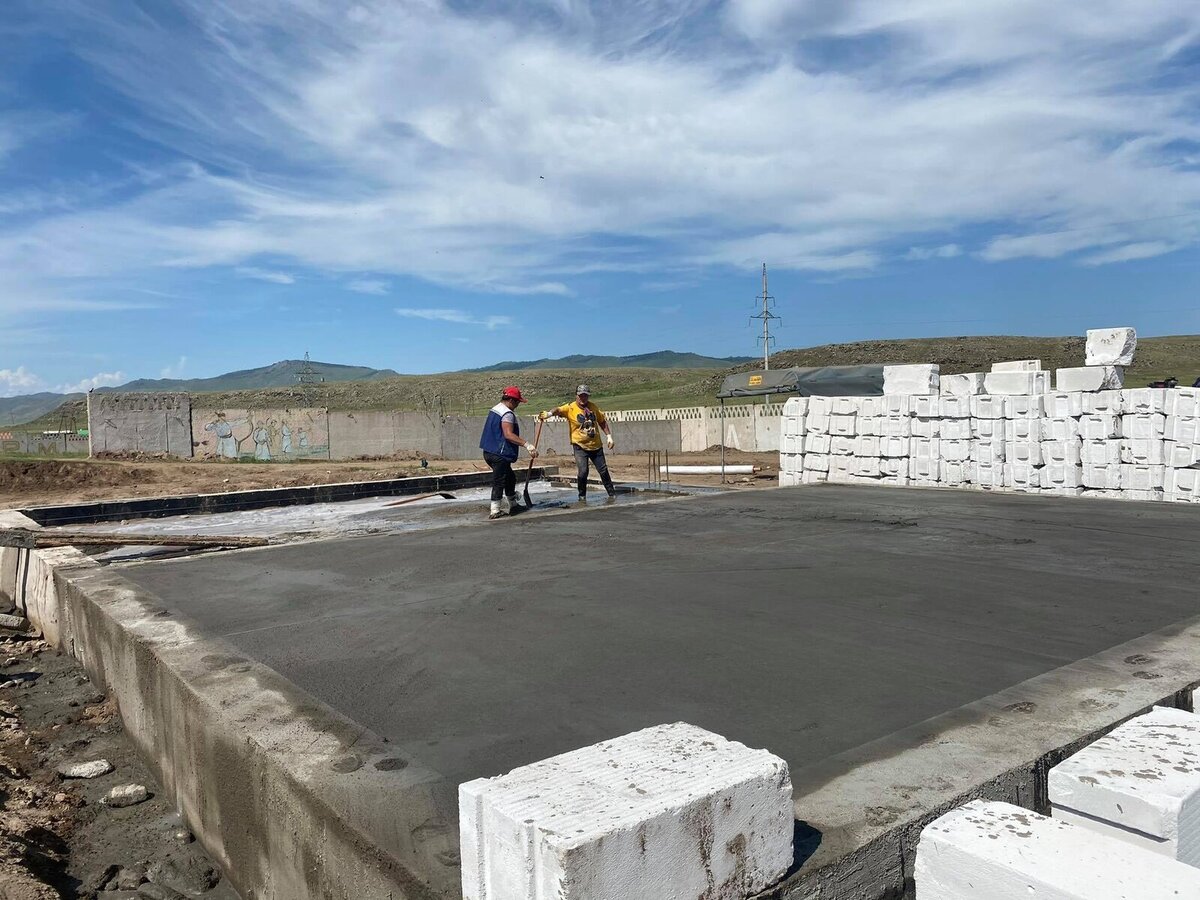 Another achievement at the soum-level is the production of over 200 household waste sorting bins, which by the end of this year will have almost 90% of the local population equipped. As many more inhabitants are sorting their waste and bringing it to the waste management facility, a detailed analysis will clearly define what type of products and materials are constituting the bulk of non-reusable and non-recyclable waste (mainly packaging according to our first studies).

In line with Ecosoum’s key recommendations formulated in the “Zero Waste and Circular Economy: The Way Forward” Report published earlier this year, discussions will take place with the main industries producing the identified waste in Mongolia. The goal is to encourage the latter to change their production and packaging patterns, a necessary step forward towards addressing and tackling the Mongolian and global waste issue.

In Ulaanbaatar, the SPRIM project is working closely with three selected khoroos, representing diverse housing types in Mongolia. Bayanzurkh 15th khoroo includes all residential blocks, Songinokhairkhan 9th khoroo the ger areas, whereas Nalaikh 5th khoroo, located at a greater distance from the city centre, is a combination of both. The baseline studies and on location meetings revealed interesting insights, including the need for basic sorting bins and awareness-raising trainings on waste management and sustainable consumption. In addition, transportation of sorted waste is another issue that has emerged since public waste transportation companies currently collect all sorted and unsorted waste at once.

In order to promote recycling practices, residents need the tools, the knowledge and the appropriate incentives that will lead them to switch to new and more responsible habits. Therefore, SWITCH-Asia SPRIM will provide residents of each khoroos with the appropriate sorting bins, organise capacity building training sessions on waste management and assist them with viable transportation options that pay for recyclables and check the sorting and transportation of waste. The targeted khoroos will lead as an example for other districts and even other regions in Mongolia.

In addition, SPRIM also co-funded the “Don’t Just Throw It Away” campaign organised by Ungu Nem NGO, in collaboration with the Plastic Center and Lantuun Dohio NGO. This campaign tackles two critical issues: waste management and child abuse prevention. For the waste management track, the main objective is to raise awareness on sorting waste and, through the placement of collection bins at large supermarkets, collect raw materials for the Plastic Center, which manufactures pit latrine linings from recycled plastics. 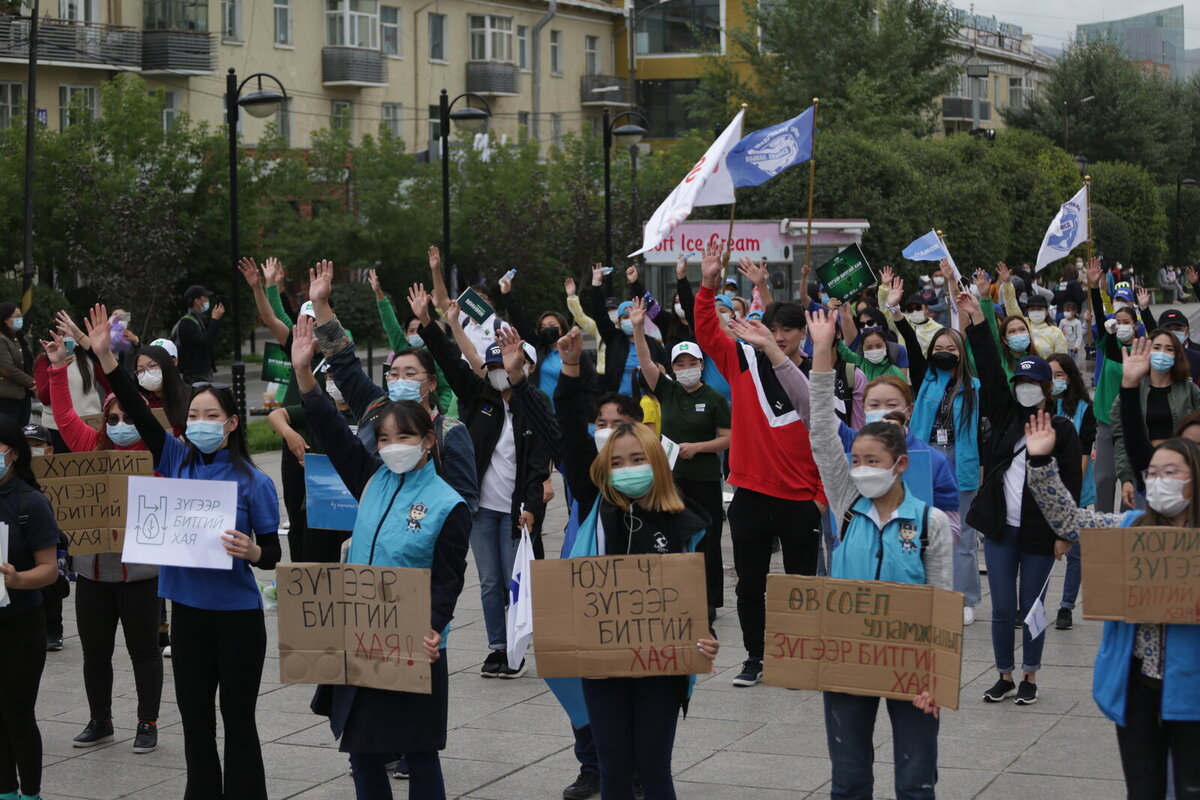 The campaign also highlights child abuse prevention and protection of human rights. Thanks to strong communication and promotion efforts, numerous stakeholders joined this campaign, including the Ulaanbaatar City Municipality, the Ministry of Environment and Tourism and several local businesses. The opening of the campaign was held at the end of August and it was a great success in terms of gaining public attention and raising awareness on the issue of waste, particularly plastics.

While World Cleanup Day is a significant international day that encourages all of us to take action and clean our homes, neighbourhoods and districts, our focus should be directed towards preventing any type of waste from being dumped at landfills. Where possible, waste should be reduced, reused or recycled in order to decrease our footprint and ensure that we are not leaving behind a polluted and toxic environment for future generations. The SPRIM project’s team, as well as all local and international stakeholders, will be working restlessly to create an enabling environment to strengthen the implementation of sustainable consumption and production policies and assist stakeholders in harvesting the benefits of green policies.