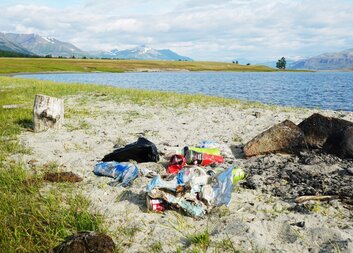 Towards a Circular Economy

Celebrated on the 3rd of July, International Plastic Bag Free Day, is a global initiative that aims to curb the use of plastic bags and promote a living without throwaway plastic goods by looking for safer alternatives. Although plastic goods have made our life more convenient, their negative environmental impact is tremendous throughout the life cycle.

Countries in East Asia and the Pacific are at the center of the plastics crisis, with some countries in the region representing the biggest contributors and others disproportionately affected by the impacts of marine plastic debris on their shores, as reported by the WorldBank.  In this context, Mongolia is also struggling to implement clear binding policies and targets on plastic reduction and single-use plastics bans. Although in 2018 the Government of Mongolia banned the use, sale, import and production of single-use plastic bags thinner than 0.035 mm, the latter are still being widely used in the country.

The EU-funded SWITCH-Asia Sustainable Plastic Recycling in Mongolia (SPRIM) project is working towards beating plastic pollution through the adoption of circular approaches.

The European Union is taking action to tackle plastic pollution and marine litter and to accelerate the transition to a circular plastics economy in policy and practice. In Mongolia, plastic waste is becoming an issue due to both a lack of plastic recycling awareness among the general public and the absence of official plastic waste sorting, collecting and recycling mechanisms. Through the SPRIM project the EU Delegation is aiming to develop a model for sustainable plastic recycling at both city, district and sub-district levels. We hope this pilot could then serve as model for nationwide replication, said H.E. Ms Axelle Nicaise, Ambassador-designate of the European Union to Mongolia.

As stated in its Zero Waste and Circular Economy: The Way Forward - Position and Recommendations Report (2021), SPRIM’s position is to:

In practice, how does the SPRIM project act on plastics issues?

To combat plastic pollution, SPRIM is raising public awareness on the 5Rs: Refuse, Reduce, Reuse, Repurpose, Recycle. The project is also building capacities of civil society organizations that are conscious about plastic waste management and is implementing pilot initiatives to better manage plastic waste in rural and urban areas in Mongolia. Furthermore, the team has conducted in-depth assessments and research studies to figure solutions that can support local MSMEs in the plastic recycling industry.

"While the transition to a circular economy is bound to be a slow and often challenging process, our project has laid the necessary groundwork and reached a significant number of people to raise awareness, promote waste reduction and sorting of waste. Our impact is most visible at project events organised for the public and it is important that everyone is conscious of their role in the overall scheme. SPRIM will continue to push forward at the policy level to improve waste management and support plastic recycling, said Jana Zilkova, Project Manager and Head of Mission, Caritas Czech Republic.

The first fully operational waste management facility was established in the rural area of Khishig-Undur soum of Bulgan province:

In March 2022, the first fully operational waste management facility was established in Khishig-Undur soum (rural area) of Bulgan province of Mongolia. Numerous soum inhabitants have adopted the habit of delivering their sorted waste at the new facility rather than throwing it directly into the landfills.

At the soum level, the project has so far: 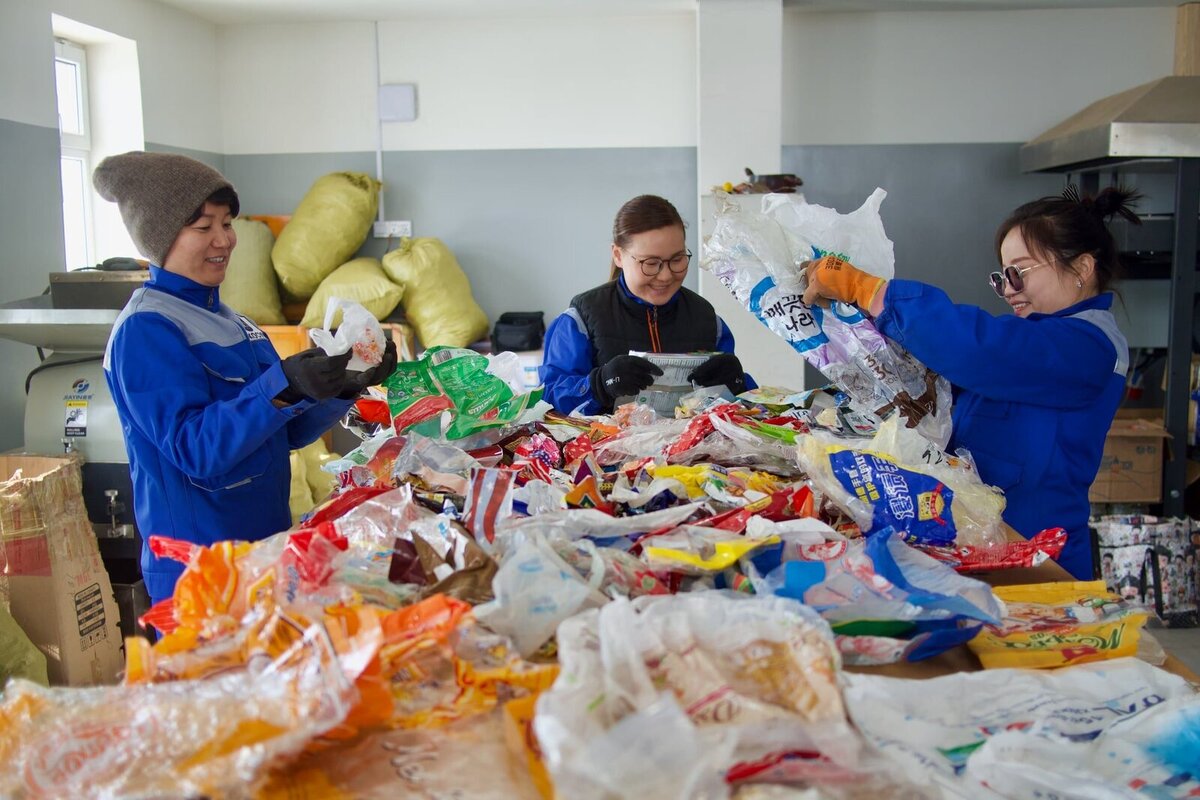 At city level, in Ulaanbaatar, the project has also: 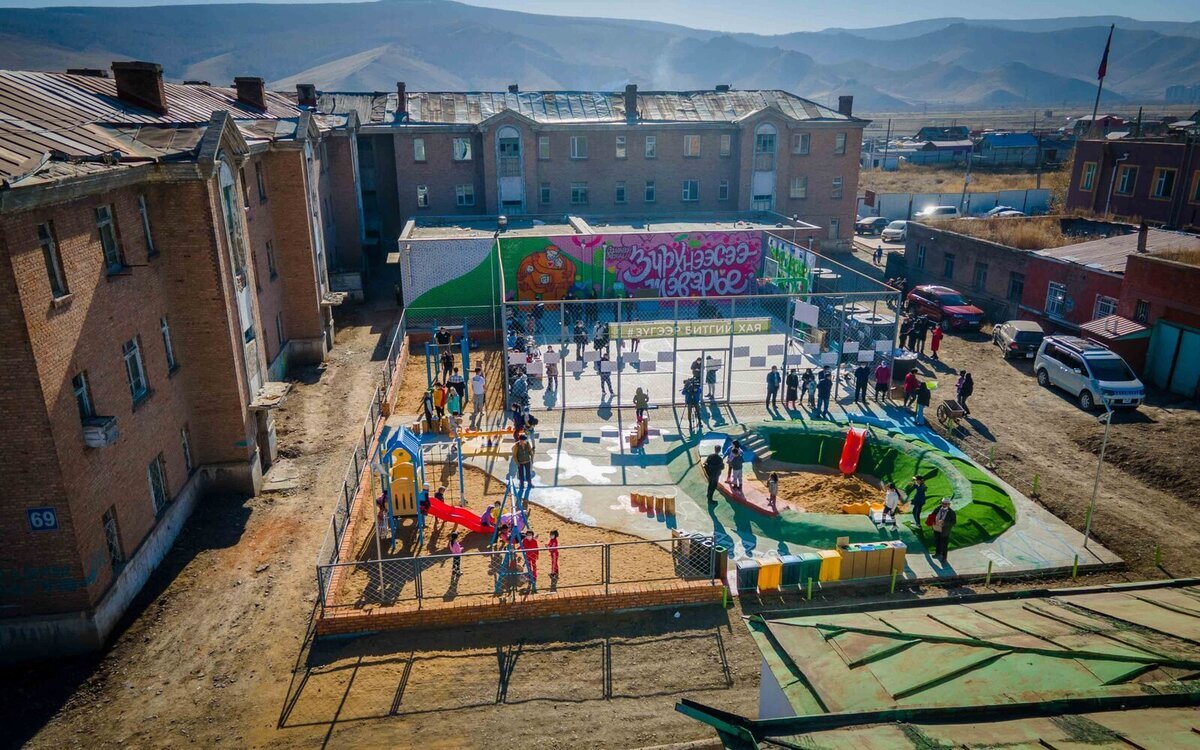 Pilot activities in smaller areas of the city:

SPRIM has also been working closely with three selected khoroos, representing different housing types in Mongolia. Bayanzurkh 15th khoroo includes all residential blocks, Songinokhairkhan 9th khoroo consists of ger areas, whereas Nalaikh 5th khoroo, located at a greater distance from the city centre, is a combination of both khoroos.

The Baseline Studies that were conducted, as well as on-location meetings revealed interesting insights, including the need for basic sorting bins and awareness-raising training sessions on waste management and sustainable consumption. It was evident that in order to promote recycling practices, residents need tools, knowledge and appropriate incentives that will lead them to switch to new responsible behaviours and habits.

SPRIM has provided residents of the three khoroos with a total of 77 sorting bins, organized capacity-building training sessions on waste management, provided them with viable transportation options that pay for recyclables and will follow-up on the sorting and transportation of waste. The targeted khoroos will lead as an example for other districts and even other regions in Mongolia.

The SPRIM project recognizes that to contribute to constant change in public behavior towards 5R practices, it is of utmost importance to educate and train local civil society organizations working on the ground to build their managerial and technical capacities. For this purpose, the “Civil Society Organizations for Change” training programme was organized involving 40 representatives of civil society organizations in Ulaanbaatar city. 29 organizations completed the programme and, additional activities will be organized to support them to jointly raise awareness of public.